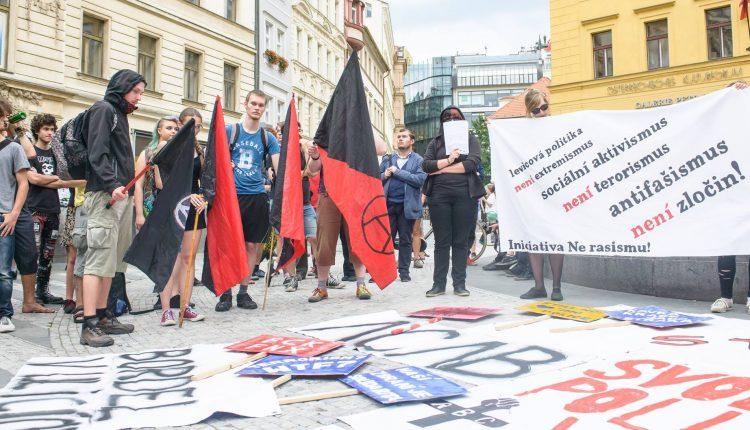 The trial ended with the alleged Network of Revolutionary Cells. The defendants were acquitted<

The acquittal ended Monday, June 28, with five men charged with the crime of founding, supporting and promoting a movement to suppress human rights and freedoms in connection with the activities of the alleged Revolutionary Cell Network. The Revolutionary Cells Network first became known to the public at the end of April 2015, when the police raided anarchists, detained 11 people, searched them and interrogated and interrogated dozens more. At the time, the police presented their action in the media as a successful crackdown on terrorists, and initially mentioned the Network of Revolutionary Cells in their statements, along with the case of the planned attack on the train, which they called the Phoenix. Later, the two cases were divided, and the trial of the anarchists who were planning to attack the train ended in the spring of 2018 with a acquittal.

In 2014, groups called Mostecká solidární síť and Solis Praha committed themselves to the former employees of the Řízkárna restaurant. Some former employees complained that the owner Vladimír Krulec had not paid them the full salary and turned to activists from these groups, who, following the example of similar initiatives in other countries, began to hold demonstrations and also write to the owner that he should pay the salary to his former employees. From the beginning of 2015, the owners of Řízkárna began to threaten, later someone set fire to his cars. However, activists from both solidarity networks did not report the attacks, but instead claimed that they had to stop their actions, which were coercive but non-violent.

Lukáš Borl also got involved in the Most Solidarity Network. He was first detained during the Fénix operation in the spring of 2015, but was immediately released. However, the police suspected that he was setting fire to police cars and that he was writing communiqués from the Revolutionary Cell Network, publishing them and threatening Krulc and following Lukáš Borl even after he was detained and released. Borl decided to run away at the end of 2015 and was in hiding. His testimony, as well as a pre-escape blog, showed that he had serious concerns that he would not be charged in a fabricated trial that could lead to a heavy sentence, as was the case with the alleged train attack. . At the beginning of September 2016, he was detained by the police in Most and detained. Eight months later, Borl was released on bail and was awaiting trial.

The second trial of alleged actors in the so-called Revolutionary Cell Network, in which two participants in the first trial, Petr Sova and Martin Ignačák, were also indicted, did not begin until one year after the end of the first Fénix case. Unlike the alleged attack on the train, which, according to the court, no one wanted to commit, someone actually set fire to police cars and later the cars of Řízkárna in 2014 and 2015 and also wrote communiqués signed by various cells of the Revolutionary Cell Network. He then sent these communiqués by e-mail to various anarchist groups, and some of them published them on their websites.

The trial of the alleged Network of Revolutionary Cells took place for more than two years in Most, where the main defendant Lukáš Borl comes from. According to the police, he was to set fire to cars, write communiqués of the Revolutionary Cell Network and spread them, threaten the owner of Řízkárna Vladimír Krulc, prove his identity with an altered identity document and spray paint the words "Desire for freedom of repression" and "Death of the state". The other three defendants (Petr Sova, Lukáš Novák and an environmental activist who appears on the Internet under the pseudonym Tomáš Zelený) were accused of publishing the communiqués of the Revolutionary Cell Network on the Internet. The last accused, Martin Ignačák, was then to distribute brochures of insurgent anarchism together with Lukáš Novák.

With regard to Internet communication, the prosecution's argument was based on the fact that the defendants had the same IP addresses as those who published the communiqué. The defense during the trial showed that the defendants used the TOR anonymization network, which generates a very limited number of IP addresses that are constantly repeated. Therefore, according to the defense, it cannot be inferred that if one IP address is used, for example, when sending e-mail and at another time when inserting a communiqué on the website, it is the same person. The prosecution's argument that only the defendants had access to the sites where the Revolutionary Cell Network communiqué was published was refuted by the defense by summoning witnesses who confirmed that more people had access to the site administration. Defendant Martin Ignačák defended himself against his accusation through his lawyer by refusing to distribute the brochures found by the police, and by confiscating these brochures during the pre-trial trial and then returning them to him, as they were no longer important for further criminal proceedings.

Criticism of capitalism is not a rejection of democracy

All the defendants also defended themselves by saying that insurgent anarchism was not a movement within the meaning of the Criminal Code. This resulted from the opinion of expert Miroslav Mareš, according to which the Network of Revolutionary Cells does not show the structural features of an independent movement, because the available texts do not show a sufficient degree of internal structure and hierarchy. At the same time, Mareš denied that the ideological content of the published statements meets the requirement to fulfill the character "which demonstrably aims to suppress human rights and freedoms, or declares racial, ethnic, national, religious or class resentment or resentment against another group of persons", and emphasis on the fact that the attacks were directed against repression-related property and not against people. "Criticism of capitalism does not have to be a priori connected with the rejection of parliamentary democracy or democracy in a broader sense," Mareš added in court.

The fact that Lukáš Borl was supposed to set fire to cars or the doors of DD Technik's premises was proved by the police with odorous traces they found near the burning cars of the company's doors. There were sixteen declared attacks by the Revolutionary Cell Network, Lukáš Borl is accused of three of them. The defense pointed out that odor tests were carried out according to the old methodology, which, according to a study by the Czech University of Agriculture, which was carried out as evidence, regularly shows a 30% false positivity.

The authorship of the Revolutionary Cells Network communiqué was determined on the basis of an expert opinion, according to which Lukáš Borl is the author of most of the controversial texts. However, the defense argued that there was no validation study or metastudy to verify the validity of this method and to determine the degree of certainty and any false positives. The expert herself was not able to give a single example in court in which someone would be convicted on the basis of a linguistic analysis of the text as incriminating evidence.

Defendant Lukáš Borl confessed to two acts in the preparatory proceedings and in court. He said that he had actually spray-painted the door of the prison with the inscriptions "The desire for freedom of repression will not stop" and "Death of the state". He also admitted that he proved himself with altered identity documents. He compensated the damage caused by the defendant by spraying the prison. The injured, ie sprayed, prison agreed in writing that the criminal prosecution should end with a settlement. The court found Borl guilty on these two points, but dropped the punishment. According to the chairwoman of the senate, Dagmar Šebková, the acts were not serious and also happened a long time ago.

Prosecutor Vaclav Richter declined to answer the Alarm's questions, saying it was not a serious medium. He did not ask the defendants and witnesses questions during the trial. In his closing remarks, he reiterated the arguments contained in the indictment, considering them to be proven, and did not respond to the findings of the main trial. Although the defendants were initially threatened with heavy sentences of up to ten years in prison, he indiscriminately proposed a three-year prison sentence, the execution of which would be conditionally suspended for a probationary period of three years as well. However, the court acquitted the defendants. The verdict is not final, the public prosecutor appealed on the spot.

The author is the editor of the Alarm.

Easy and cheap food for children to enjoy

Czech celebrities Singer Václav Noid Bárta will be a dad for the third time: He has already revealed the sex of the baby! 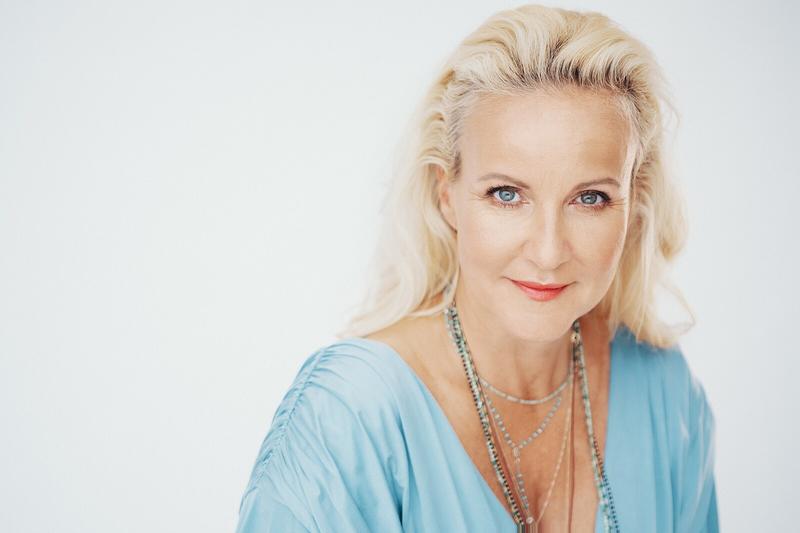 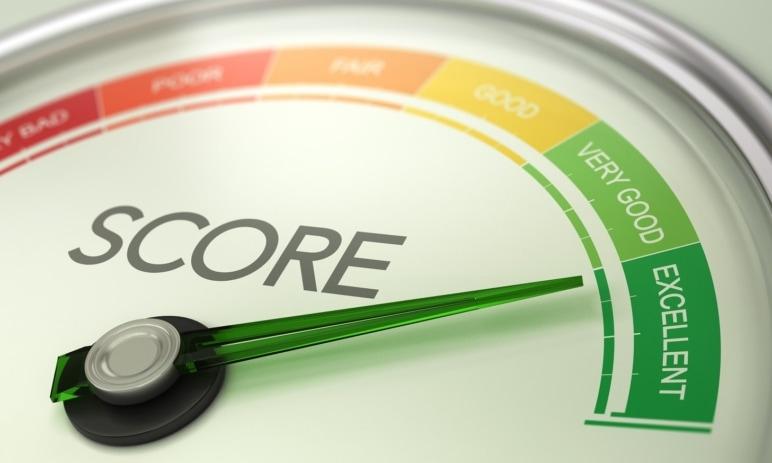